Avira holds two tenements in the Paterson Province of Western Australia, a highly prospective Neoproterozoic metasedimentary basin which is host to several world-class mines such as Nifty and Telfer. Recent exploration success at Winu by Rio Tinto and at Haverion by Greatland Gold has reinvigorated interest in the province.

Avira’s strategic review identified the Paterson Province as being one of the least explored and most prospective geological terranes for discovery of significant copper and gold ore bodies.

Avira Resources sought entry into the Paterson province after the discovery of Haverion by Greatland Gold. As a consequence of this focus on the region, Avira identified open tenure and pegged Throssel Range E45/5567 as well as completing the  purchase of Mount Macpherson E45/5572 in late 2019 (Refer previous ASX announcements). Avira notes that joint venture activity in the Paterson Province has seen expenditure commitments made by mining majors (through JVs on junior mining company tenements) exceed $50M in the past 12 months.

Most recently Encounter Resources (ASX:ENR) announced it had entered into an earn-in  and Joint Venture arrangement with IGO Limited covering Encounter’s Yeneena copper-cobalt project in the Paterson Province. The agreement commits IGO to fund up to A$15m in exploration expenditure to earn a 70% interest in Yeneena.

Both of Avia’s projects border the ENR/IGO Yeneena project. Additionally the south western boundary of Mount Macpherson is in close proximity to the magnetic anomaly associated with Encounter’s Aria Prospect. The Vines fault appears to extend into the Throssel Range prospect’s southern border with the Yeneena Project. 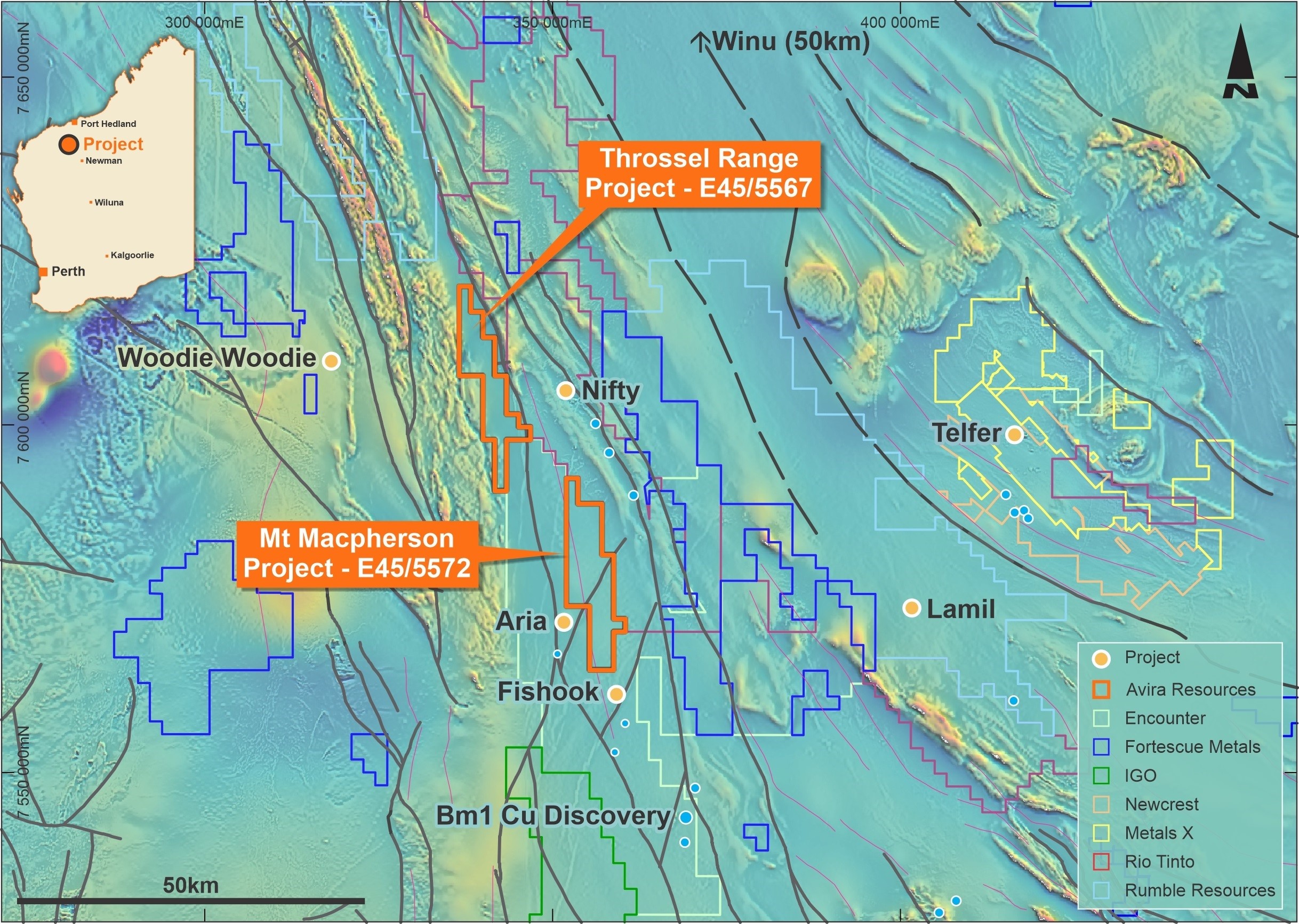